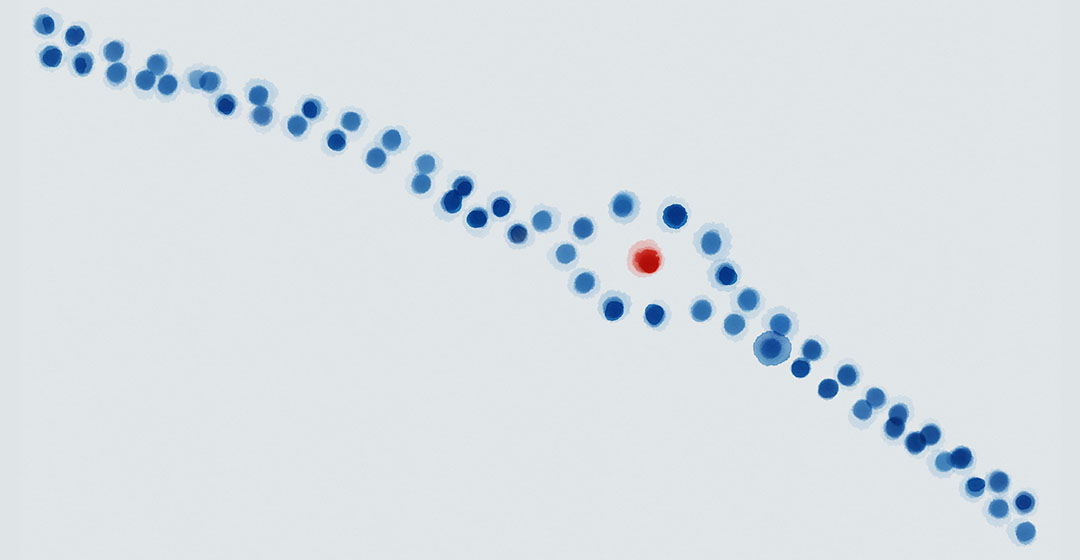 Getting people to be proactive isn’t easy. Social platforms such as LinkedIn and Quora are masters at it. What is the science behind their methods?

Getting people to be proactive isn’t easy.  Social platforms such as LinkedIn and Quora are masters at it.  What is the science behind their methods?  Can bank leaders use them to supercharge employee driven change?

Tragedies of varying degrees are played out in customer service. For example: 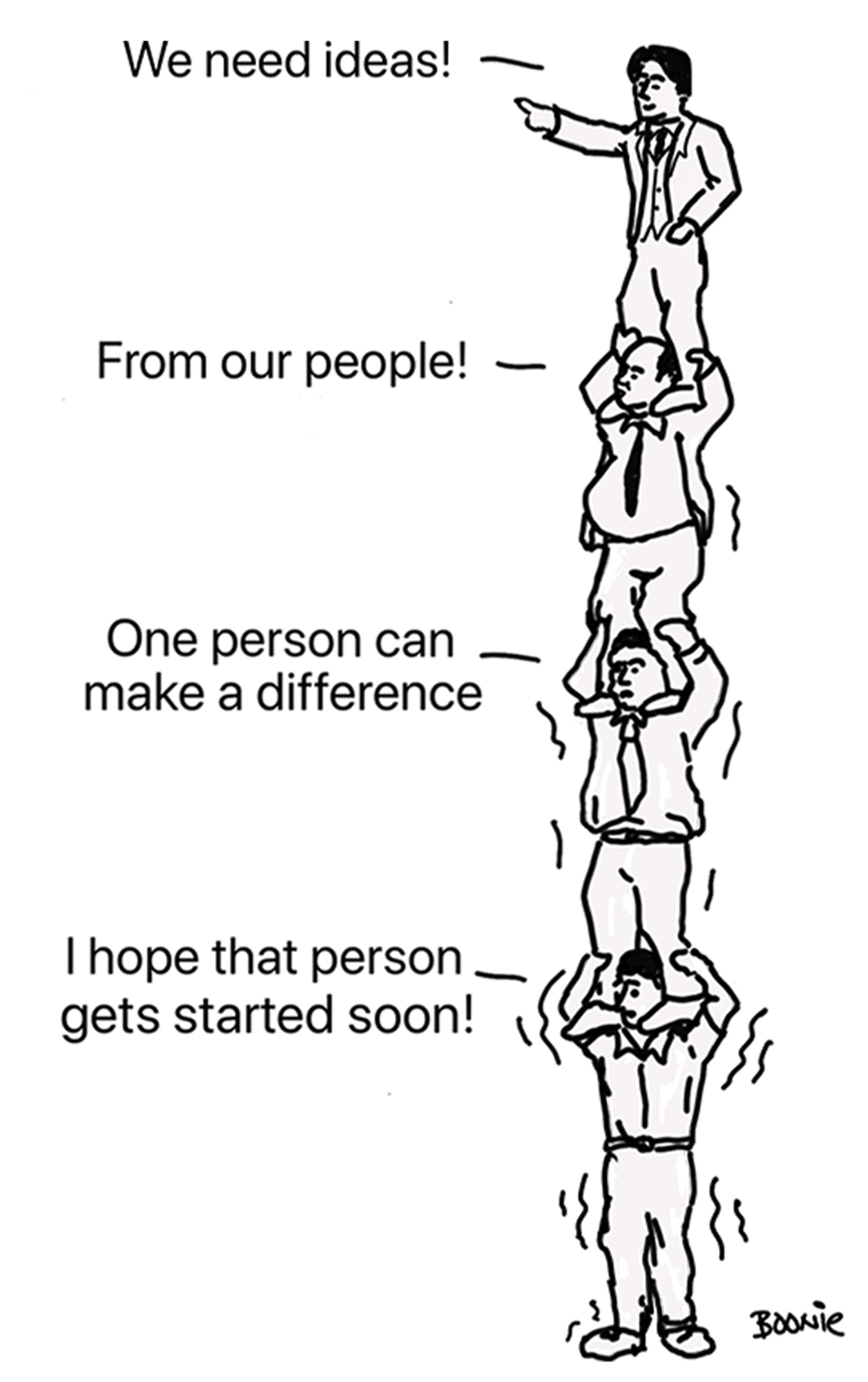 We could go on. Problems that are overlooked only tell half the story. The other half: missed opportunities. What do the following Google products have in common: Gmail, Adsense and Google Maps? They are all employee-generated ideas. Gmail has 1 billion users, and Adsense brings in 25% of Google’s revenue. Small things matter too. One day, office workers turned up to work to find plastic disposable cups of their office kitchen have been replaced with ceramic mugs. They were more pleasant to use, better for the environment, reduced expenses and in a small way created employee good will. Everyone wondered: why hasn’t anyone done this sooner?1 When consultants are brought in to improve customer service, they often discover obvious opportunities. Savvy consultants go to great lengths to downplay its obviousness so as to avoid middle-management losing face. Why does employee-driven change thrive within some teams and while missed opportunities persist in others? Lack of empowerment? Budget constraints? Poor leadership? Lack of continuous improvement processes? Behavioural science offers leaders a different way to attack an age-old problem of the Bystander Effect.

The Bystander Effect: Why It Undermines Teams

The Bystander Effect2 occurs when individuals assume someone else will fix a problem. It explains why people don’t stop to help a broken-down car, clean up spills in the office kitchen, or fix broken customer processes. The sense of responsibility is diffused when there are other people who could help. Kyle Thomas at Harvard University, and others, say that when deciding to help we tend to take into account whether or not there are people who are more qualified, less busy or who have a designated responsibility3. Consider the following tragic case cited by writer Max Ogles:

“Firemen, police officers, and dozens of bystanders all looked on while [a man named Raymond] Zack stood in deep ocean water and eventually drowned because none of the authorities made efforts to save him. Firefighters expected the police officers to save him; police officers expected the firefighters to save him. When a pedestrian bystander prepared to save the man herself, she was told not to because “the authorities would take care of the situation.” Instead, these calculations failed disastrously when everybody stood by and nobody saved Raymond Zack.”

Without active engagement from users, social platforms like LinkedIn and Quora wouldn’t have a business at all. They’ve become masters at overcoming the Bystander Effect. Consider two examples:

When a user posts a question on TripAdvisor, other users are prompted to respond, for example:

It’s hard to be a bystander because the prompt is personalised, and it isn’t obvious that others will step in to help.

Seeing one person take initiative often inspires others to do the same. This is because most people see themselves as being useful and proactive people. We see this behaviour on social media: when one person posts a comment, a dialogue between many users quickly follows. If there is an absence of role models, leaders can mimic this effect by talking about case studies or scenarios with their teams. The trick is to do it regularly. According to the famous behavioural scientist Dan Ariely5, the challenge of getting people to do the right thing was solved millennia ago by the Catholic church: gathering people on Sundays to talk about right and wrong primes them to do the right thing for the week. Quality matters: to overcome the Bystander Effect, scenarios that are specific and palpable are more effective than vague or distant scenarios.

Consider the scenarios below:

Which of the two do you find more motivating?

We were asked this question by one of our reviewers. For example, Commbank has institutionalised productivity habits to overcome the Bystander Effect:  Team Huddles help surface improvement opportunity, Visual Management Boards keep track of progress, and the Gemba Walk empowers leaders to observe and seek out improvement opportunity. Continuous improvement programs such as these are great, but teams remain vulnerable to the Bystander Effect.  For example:  at team huddles, customer service team members may overlook problems because they see it as the responsibility of the strategy team. At the same time, the strategy team don’t do anything because it isn’t considered “strategic” enough. And even when both teams come together to talk about it, they feel the issue is outside their scope of influence, assuming that their leaders have surely considered it before. Their leaders don’t do anything because they’re not close enough to the details. And so on and so forth. Bank leaders can amplify existing continuous improvement programs by leveraging behavioural science.

1. Do things to remind people that their actions are in the public eye.  For example, ask questions like:  “How will people perceive us?”

2. At your next team huddle, use role models to inspire others into action ______________________      We’d like to thank David Beavis of Commbank for reviewing the paper and providing practical insights and examples.   We’d like to credit Nir Eyal and Max Ogles, whose podcast and blog inspired this article.

1It turns out, the change was instigated by a temp worker (who pitched the idea to the CEO and made it happen) – she wasn’t even going to be around to enjoy the benefit.

5 Dan Ariely. The (Honest) Truth About Dishonesty: How We Lie to Everyone – Especially Ourselves. 2012.